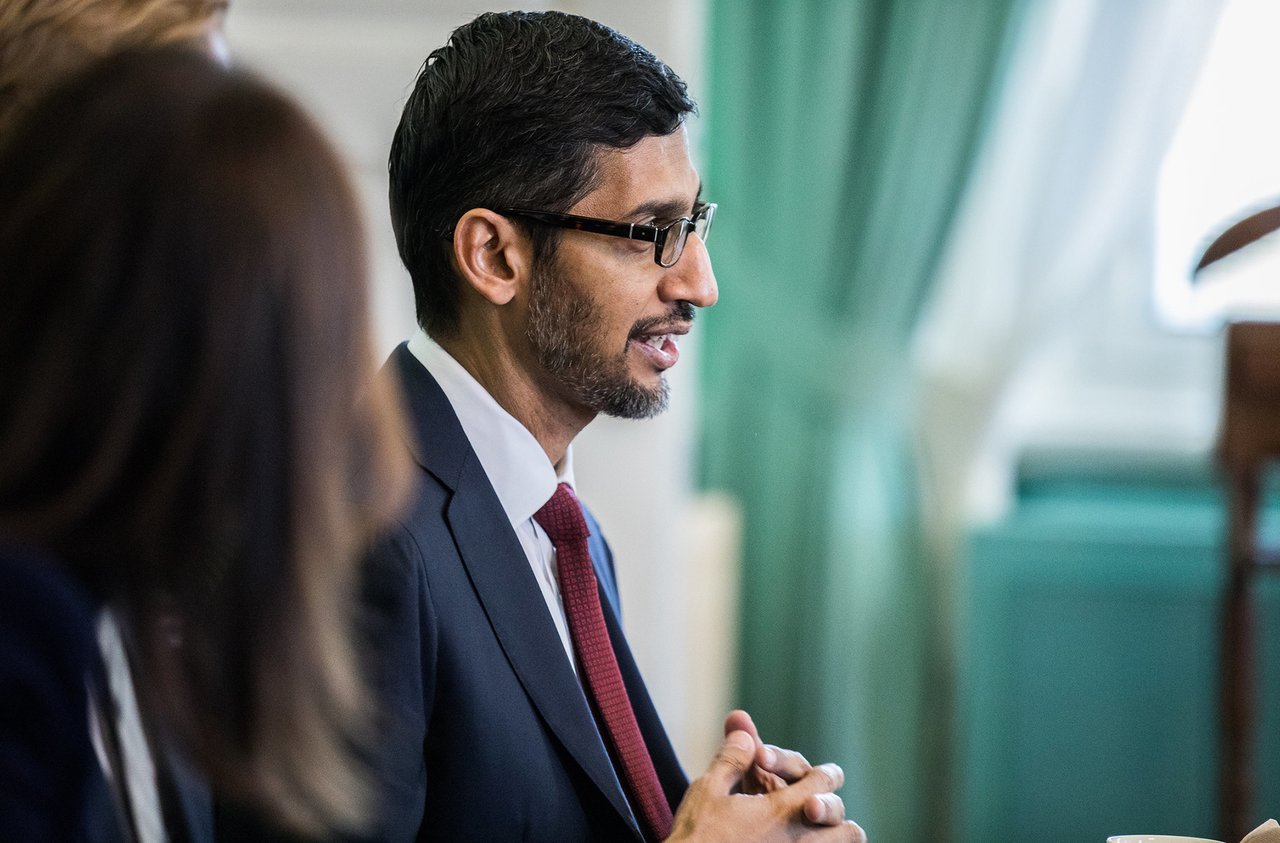 First of all, congratulations on being named CEO of Google’s parent company, Alphabet. We like to give credit where credit is due, and you’ve clearly been making moves since joining the company. Google enjoyed making $9.2 billion in profit in Q4 2018, which is 37% higher than the same period the year before (2018 is also the year you were named the world’s most reputable CEO)—we can appreciate the hustle.

And even though we hate to dampen the mood, we have to tell you: Google.Sucks.

The three-and-a-half hours you spent talking to Congress about privacy concerns, data collection and future plans to work with China were…less than enlightening. Your evasive answers are what prompted this letter.

So where should we start? How about with the fact that YouTube’s Trending page is ripe with conspiracy videos and inappropriate content? The platform is now being called “one of the most powerful radicalizing instruments of the 21st century”. Is that really how you want to go down in the history books?

And let’s not forget about your decision to support Project Maven, developing AI surveillance technology for the United States Department of Defense to analyze drone footage—a move that your own employees rallied against. Speaking of employees, you also seem to have a complete disregard for diversity and representation at shareholder meetings, which your staff is openly protesting. The fact that several lawsuits have come out of this means you should probably start taking it seriously.

If that wasn’t bad enough, Google has also been abusing antitrust laws, as evidenced by the European Union’s issuing of a cold, hard $5 billion fine. Fair competition is a necessary part of a healthy economic system and your blatant suppression of tech rivals like DuckDuckGo is a huge no-no.

Don’t even get us started on Project Dragonfly, a censored search engine that will blacklist search results about human rights, democracy and religion in China. We appreciate that the plug has since been pulled on this, but seriously…you really thought that was okay?

We shouldn’t have to explain that protecting sexual harassers is bad. And we shouldn’t have to ask what you’re doing with Google users’ data. But here you are, exposing personal details with a Google+ bug and storing location information ambiguously.

Google was once among the top 10 companies to work for, according to Glassdoor, but not anymore. Not to mention, on the list of most reputable CEOs, you ranked 88 for 2019—did it hurt when you fell from the top? Your moral qualms are clearly affecting your reputation as well as your ability to attract and retain talent; there are a lot of petitions, open letters, resignations and protests that have been born out of your actions.

Criticism like this shouldn’t be ignored. At .SUCKS, we help companies provide their customers with dedicated feedback platforms, and encourage brands to take responsibility for their actions and respond accordingly. That’s really all we’re asking you to do: own your sh*t and try to do better.

Everyone is starting to catch on to the fact that Google.Sucks: employees, users and lawmakers alike are taking a step back and going, “Huh, I kind of think Sundar Pichai sucks”. If that’s not getting your attention, we’re not sure what will.

A look at five of the worst leaders 2022 offered, and how their fall from grace impacted their brands and the people they were meant to inspire.

Perfume.Sucks uses a creative marketing campaign to help its product differentiate itself from numerous competitors.

Luxury Brands Can .SUCKS, Too

Luxury brands have a lot riding on their shoulders (a.k.a. reputations). Find out why they need a robust online brand protection strategy, and how .SUCKS can help.