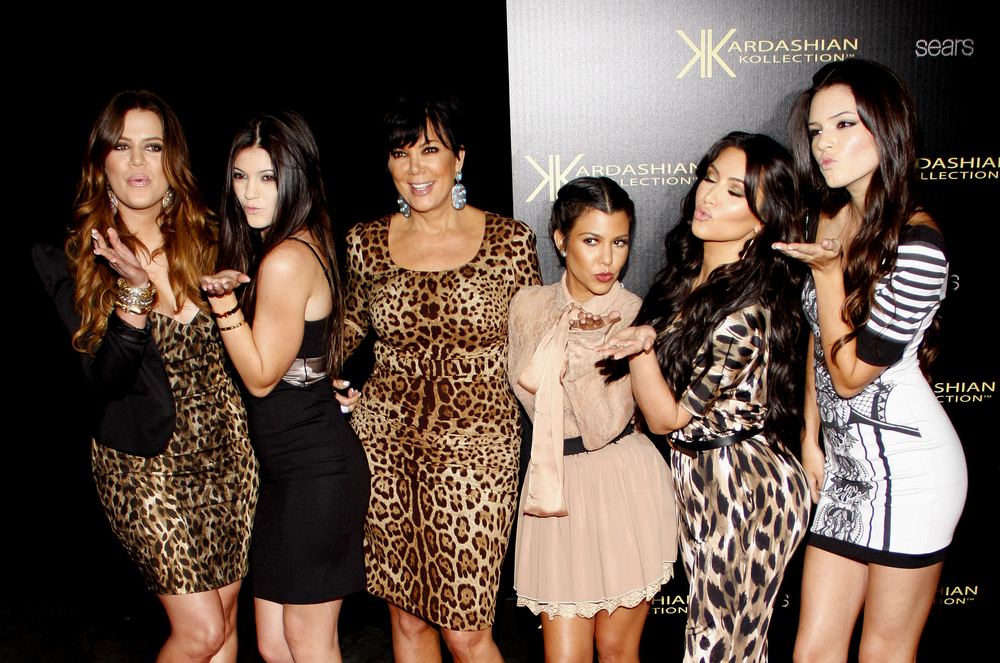 From Pepsi commercials to T-shirt trademark disputes to relationship grievances, the Kardashians sure know how to stir up controversy. Every member of the Kardashian family seems to have a knack for making headlines—and somehow they’ve been able to turn the onslaught of negative press into a solid paycheck and legions of adoring fans.

Kim Kardashian: Use Controversy to Your Advantage

We can never forget Kim K’s not-so-humble beginnings. She quickly became a household name after a sex tape with her then-boyfriend Ray J was leaked to the public. Instead of throwing in the towel, Kim embraced the attention, even posing for a nude Playboy photoshoot. She found a way to embrace the very thing that made the controversy interesting in the first place: her sex appeal.

If people show interest in a story, even for seemingly nefarious reasons, it may be worthwhile to tap into whatever is attracting so much attention and use it to your own benefit.

BoringMarketing.Sucks, and a strong reputation manager will know how to turn heads and opinions in one fell swoop.

Nantucket, I love you.

Kourtney is currently making headlines due to her recent trip to Egypt with Younes Bendjima, but it wasn’t too long ago that she was caught up in her ex-husband’s threats of releasing a “kiss-and-tell-all” book about her and her infamous family. So what happened next? Her sister Kim met with her ex-husband, Scott Disick, to demand that she be allowed to edit the book and to manage exactly what makes it to print.

ReputationManagement.Sucks if you don’t know what you’re doing—a good reputation manager will know when it’s time to send out the big guns, like a publicity savvy sister (or PR firm, for the rest of us), to do the dirty work.

Good American "Cancer – the Brave Crab Sent to this Earth by something they believe in, only to mess with someone bigger than they are. Fighting for someone else's cause, as if others can become their higher power. The Crab knows where they're going, but this is often in a wrong direction, at least until they learn their lessons and start relying solely on themselves."

Khloé Kardashian was criticized for “slut shaming” model Amber Rose after a public spat broke out on Twitter over some comments Rose made about the youngest Kardashian sister, Kylie. Speaking about the incident later, Khloé clarified that while she doesn’t regret what she said, it was not her intent to slut shame. In the same interview, she noted that usually before posting a fiery tweet, she will send a group message to her family and ask them to “calm her down”—which, according to her, works more often than not. They must not have checked their phones on this round.

Learn from Khloé: asking for a second opinion before making a rash decision can be a smart way to avoid a PR crisis. PuttingYourFootinYourMouth.Sucks, but be sure to think things through before getting Twitter-finger.

You probably remember the infamous Kendall Jenner Pepsi ad. Luckily, Pepsi took much of the heat, and ended up pulling the ad and apologizing. Kendall and Kylie’s recent controversy has them superimposing their faces on t-shirts bearing the images of artists and musicians whose likenesses they used without consent. What did they do to mediate the issue? They pulled the products and apologized on social media. Sound familiar? Sometimes listening to feedback and admitting you’re wrong is the best course of corrective action.

GoingUnheard.Sucks—get ahead of the criticism and let your critics and consumers speak their minds with a custom .SUCKS domain.

Rob Kardashian went a little haywire after a turbulent breakup with Blac Chyna, his former fiancée and the mother of his child, posting illicit photos of his ex all over social media with derogatory captions. So what do you do when a blowout goes public? Make sure the “resolution” gets just as much media attention. By publicizing the work you are doing to make things right, the negativity won’t continue to dominate the spotlight. And next time, think twice before you do anything malicious—whether or not you’re under public scrutiny.

RevengePorn.Sucks. And if you agree, a custom .SUCKS domain may be the best place to make your case.

Ugly breakups, clothing design faux pas and social media meltdowns—the Kardashian family has weathered them all. If all the Kardashian drama gives you a colossal headache, a domain like TheKardashianFrenzy.Sucks can help you share your point of view online.

If you have more to say about reputation management, or just want to get ahead of your critics, a .SUCKS domain is the best place to start. Start the conversation today.

It turns out Amazon sucks so badly that CEO Jeff Bezos donated $98M to charity and still got dragged for it. Even politicians clapped back, with U.K. Labour Leader Jeremy Corbyn calling Bezos out for his hypocrisy: “That’s 0.09% of your net worth. Just pay your taxes,” he tweeted. There’s a good reason why we …

Whether you’re a by-the-bootstraps startup or a multimillion-dollar corporation, you need to think about counterfeits. The counterfeit fashion industry alone garners around $1.2 trillion annually. That said, losing revenue isn’t the only thing brands need to worry about. Protecting yourself from copycats is also about protecting your brand’s reputation and maintaining a certain level of …

How to Use a .SUCKS Domain in Your PR Strategy

Thanks to the internet and social media, news spreads like wildfire. It’s why brands today need to have wicked-smart reputation managers and public relations (PR) teams behind them. They’re the ones who respond to criticism and devise strategies during difficult times—but they’re also the ones who share exciting business developments and corporate initiatives with the …