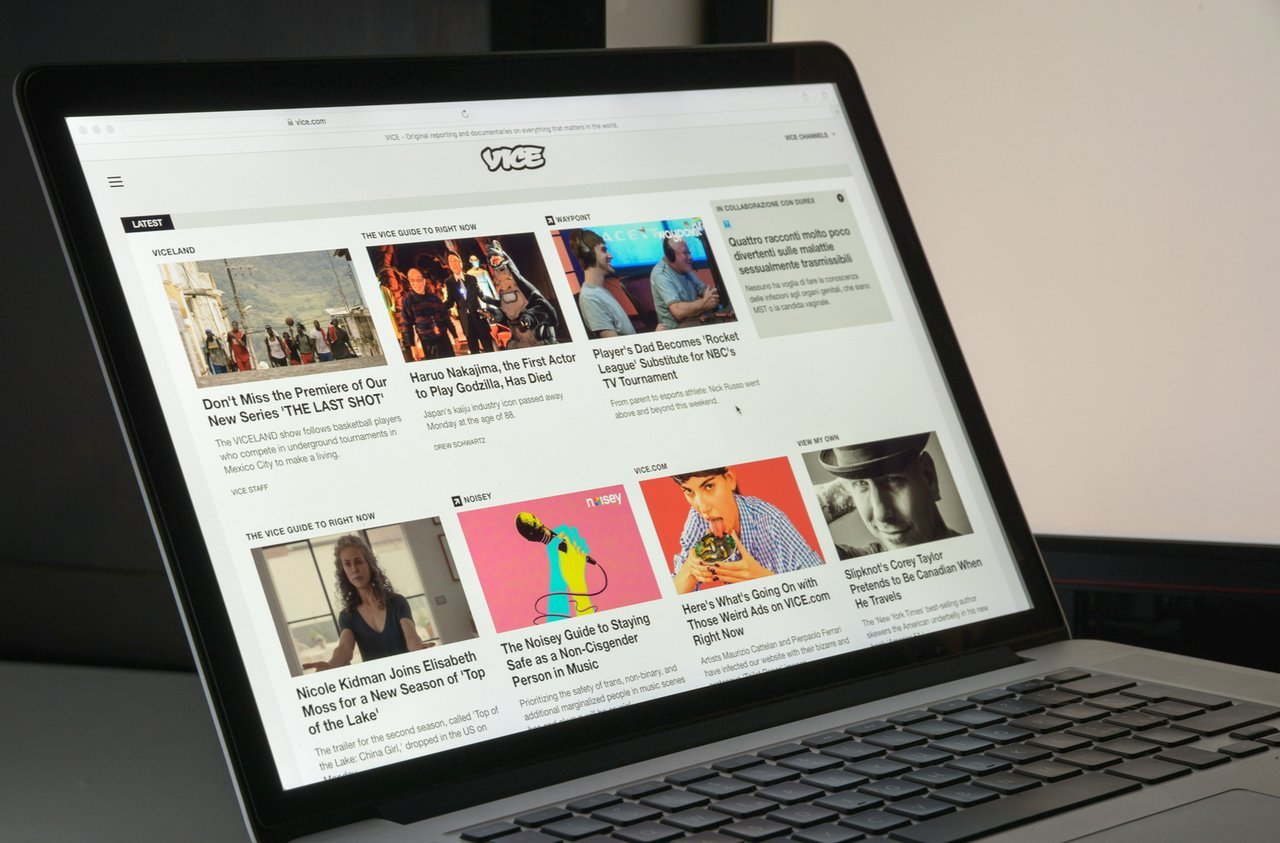 Daniel Voshart is not Vice. And we mean that literally—he’s the owner and author behind NotVice.com, a domain that hosts a series of valid, in-depth critiques of the digital media and broadcasting company.

As any savvy digital content creator knows, one platform is rarely enough to get your voice heard among the online rabble these days. Which is perhaps why Voshart also snagged the hilariously pointed Twitter handle @F__KVICE, an account self described as a “gadfly of Vice Media since 2015”. But it’s a recent addition to his online arsenal, Vice.Sucks, that caught our attention.

Voshart is a cinematographer, architect, VR researcher and writer. His interests include hard-hitting journalistic endeavors, sustainable architectural design, virtual reality projects and, oh yeah…being a thorn in Vice’s side.

Voshart may not be the only one to notice Vice’s troubling behavior, but he is the only one using a unique TLD to speak up about it. Whether he’s calling out its dubious ad campaigns, plagiarism, shady Frye Festival connections or superbly unflattering reviews on Glassdoor, Voshart never holds back.

A more recent article calls attention to the stolen footage Vice uses in a promotional video for its new “purpose-driven media company”, Change Incorporated. In the article, Voshart outlines how the company used clips from documentaries including Before the Flood, Samsara and A Plastic Ocean, among others; in most cases, intellectual property owners were not contacted for proper permissions, nor were they paid for their creative work. He even uses screenshots to illustrate how Vice editors cut out other logos and watermarks from the “borrowed” footage.

Clearly, Voshart isn’t afraid to ruffle some feathers. And when he came across our TellUsWhat.Sucks contest, he realized he could be doing more to spread his message. In his entry, Voshart wrote, “I think a .SUCKS domain would be appropriate since I don’t identify as a journalist and my aims are not to be seen as objective—just opinionated. In a sense, people know what they are getting themselves into by reading my blog.”

The Solution: Speaking Up with a .SUCKS Domain

Announcement: For one year, the domain https://t.co/URPn5igF63 will redirect to my most recent or relevant article about Vice Media. You no longer have to ask: What did Dan write about Vice recently? or Can you share a link? Just visit the URL.

Thanks for the donation @dotsucks!

Keeping brands accountable is what .SUCKS is all about—which is why we applaud Voshart’s work thus far. Like United Airlines, Uber and every company in America still doing business with ICE (all winners of our Bad Corporate Behavior awards), Vice is a big-name company with some larger-than-life slip-ups. And Voshart has no intention of letting the media mogul get away with just a slap on the wrist, which is where .SUCKS comes in. As of March 2018, he’s been using Vice.Sucks to redirect users to his latest opinions.

“Vice.com was taken, obviously” jokes Voshart when asked what drew him to a .SUCKS domain. But there are other reasons too: “I purchased Vice.fun, but have avoided using it [because I’m] worried about copyright infringement. A .SUCKS domain makes it clear I’m not a Vice employee.” Plus, it’s a lot more fun—and a lot more powerful—than a standard .com. Compared to NotVice.com (which might be ambiguous to those unfamiliar with Voshart’s scathing commentary), Vice.Sucks lets readers know exactly what they’re in for.

Voshart’s efforts are clearly working. When you search for “change incorporated vice” on Google, two of the top 10 results are from NotVice.com—that’s 20% of SEO real estate.

On average, NotVice.com sees approximately 200 visitors every day; and while it’s hard to know the exact impact a .SUCKS domain has had on this traffic, one thing’s for sure: readers take notice. “It either gets a confused look or a good laugh,” says Voshart. Both are better than radio silence. If you’re going to make a statement, make it loudly.

We often talk about how the word “sucks” has evolved. It can be used to spark change, give customers a voice or, like Vice.Sucks, share an opinion—every now and then its original negative connotation is still most powerful. Voshart’s use of Vice.Sucks is the perfect example of why today’s brands need to own their sh*t.

Do you suck? Let us know how you’re using a .SUCKS domain for a chance to be featured.

GotMilk.Sucks puts the dairy industry out to pasture

For any company in the surging plant-based alternative sector, GotMilk.Sucks offers an opportunity to dominate the market until the cows come home.

6 Things Every Brand Should Consider Before Joining the Metaverse

The metaverse possesses enormous potential for brands, but it’s very much a work in progress. Some early research can ensure your brand is ready.

Brand Authenticity: What Works and What Doesn’t

Inauthenticity sucks, but it is possible to strike a balance between funny and foolish while interacting with your customers online.